Justin Bieber touring in Belgium - Justin Bieber arrived from France in Belgium-Brussels, on April 9th at 4 am with his black/grey touring bus " Beat the streets ".
He checked into the " Steigenberger " hotel in Brussels. A few hours later, his fans were surrounding the front and back entrance of his hotel, that the security of the hotel could not handle such a craziness and had to get some big help from the brussels police. About 40 police officers arrived to surround the hotel to protect the star who had two concerts in the city of Antwerp. But Justin asked the police to leave, which they did after a while!! Justin kept hiding in the hotel between the fitness center kept opened only for him, as well the swimming pool where he did some water polo with his musicians. The bar of the hotel even got closed to the guests of the hotel around 6pm, to let justin enjoying the bar. On the first day of his concert, Justin escaped his fans by jumping from his Mercedes van into his tour bus, hided by his bodyguards. Justin's musicians even played the piano at the piano bar of the hotel, singing Elton John's songs! It's only on his 3rd and last day in Brussels ( April11th ) that Justin Bieber finally agreed to meet with his fans on the street. Brussels, April 10th & 11th, 2013.
Pictured : fans spending the night in front of the concert place in Antwerp 24 hours before the concert, to be the first ones to enter. 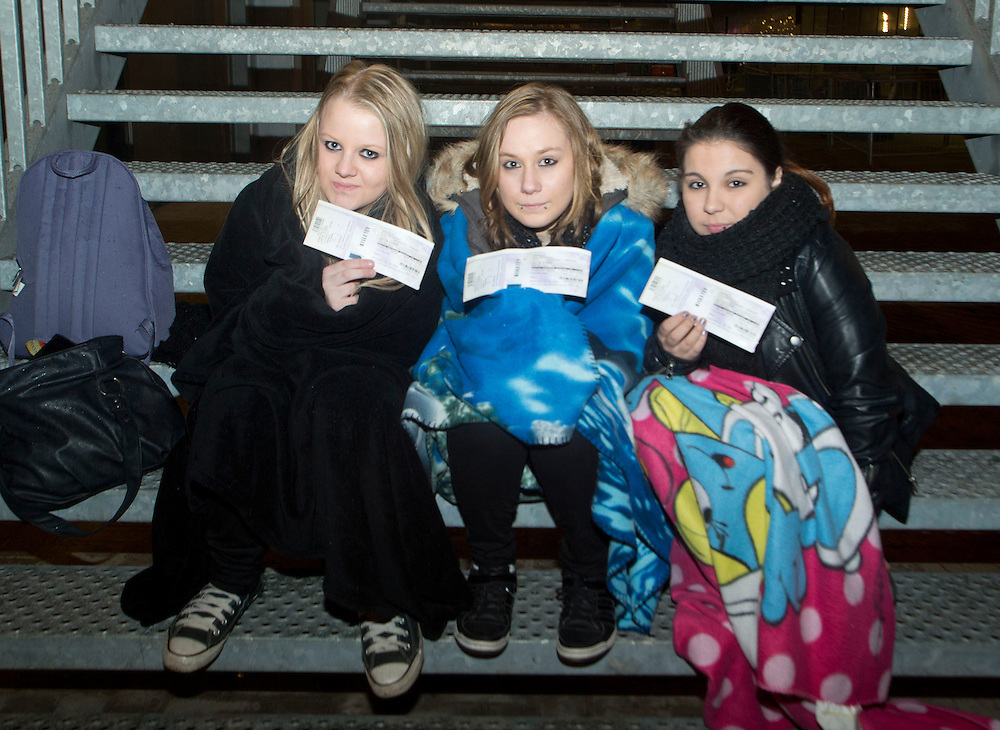